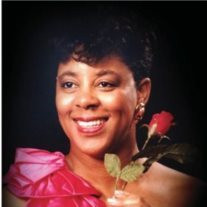 Lillia H. Sessoms (also known as Marie or Lil) was born on August 24, 1953 in Gates County, NC to Essie Hinton and the late Ellis Hinton, Sr. She grew up in Perquimans County, NC where she attended T.S. Cooper School and was in the first integrated class to graduate Perquimans County High School in 1971. As a student, she played symbals in the band, was the co-president of her senior class and graduated as valedictorian. After living overseas in Germany for a few years, Lil returned to the U.S to pursue her education and became the first person in her family to attend college. She graduated from Elizabeth City State University (ECSU) (summa cum laude) in 1979 with a Bachelor of Science Degree in Comprehensive Business Education. While attending college, Lil was the first African American woman to integrate a doctor’s office in Herford, NC as a medical assistant. Lil dedicated 30 years of her life fighting on the battlefield for equality and civil rights. She truly believed that people should not be judged by the color of their skin but by the content of their character. Her life was threatened numerous times for standing up for equality. As a civilian working for the United States Coast Guard, Lil worked to petition for the observation of Black History Month on the Elizabeth City Base (largest Coast Guard Base in the U.S.) and became the committee chair. She also helped to open doors for other African Americans to pursue careers as civilians with the Coast Guard. She received the fifth Coast Guard District Award for helping to improve race relations for the Aviation Logistics Command (ALC). Lil traveled across the United States representing the Coast Guard as an inventory control and aircraft parts manager. Lil had a heart for ministering to women. She believed that her personal testimony could help inspire other women to pursue their dreams and not fall victim to abuse or inequality. She was passionate about life and was considered an ‘encourager’, speaking daily about the goodness of God to anyone who came along her path. She had a gift for writing and spent countless hours pinning memoirs, letters and working on a book about her life and marriage. She created a newsletter called Eve’s Watering Hole that specifically ministered to women. In her spare time, Lil loved to read, shop, travel, create floral arrangements, and dabbled in interior decorating. She also enjoyed volunteering for various organizations. Lil was an advocate for educating the community about breast cancer and shared her personal experience battling the disease throughout her two year journey. Lil was a devoted wife, mother and a true Proverbs 31 woman. She was married to Calvin (Andre) for 34 years. Their love, friendship, and dedication to the ministry of marriage was an inspiration to others, and visibly showcased the value of honoring vows before God on becoming one. She was a role model to her girls Trequita and Ashley. Lil believed in molding her children to become strong women who would one day build legacies for generations to come. Lil was an amazing daughter to her parents. She went beyond the call of duty to make sure they had everything that they needed and was a loving sibling to her brothers and sisters as well as nieces and nephews. Lil embraced her entire family, from immediate to extended, with warm embraces, a radiant smile, and a caring heart. She built friendships with individuals that lasted decades and for many in just like siblings. Leaving to her devoted Calvin A. Sessoms of the home; her daughters: Trequita Overton of Atlanta, GA ; Ashley Sessoms of Hampton, VA; stepdaughters Donta Oulaw of VA; Andreas Monger of Ahoskie, NC; her mother: Essie Hinton; two sisters: Pauline Hinton Elizabeth City, Hinton of Elizabeth City, NC; brothers: Rev. Ellis Hinton, and Artis Hinton of Belvidere, NC; and a host of nieces, nephews, uncles, aunts, cousins and many friends.

Lillia H. Sessoms (also known as Marie or Lil) was born on August 24, 1953 in Gates County, NC to Essie Hinton and the late Ellis Hinton, Sr. She grew up in Perquimans County, NC where she attended T.S. Cooper School and was in the first integrated... View Obituary & Service Information

The family of Lillia Marie Sessoms created this Life Tributes page to make it easy to share your memories.

Lillia H. Sessoms (also known as Marie or Lil) was born on August...

Send flowers to the Sessoms family.